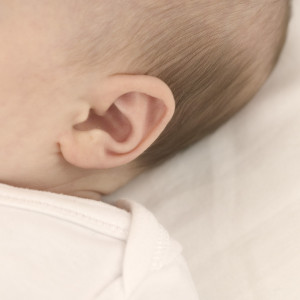 So within the last couple of weeks, my entire household (with the exception of Rapunzel) has been sick. Not only that, but some friends of ours from church and our family have had the same thing, generally beginning with some congestion and a cold, developing into an upper respiratory or bronchial problem. Several individuals, including myself and our own little Tinkerbell, ended up with some ear pain as well.

I think it was last week that I had my ear pain. It started on Christmas, and as we drove around I had a great amount of ear pressure in the morning and the evening. I didn’t do anything for it. The day after Christmas, we did more driving. I had more ear pressure in the morning and in the evening. I’m pretty sure I didn’t do anything for it then either. The following day, I had to do something. The pain wasn’t extreme, but it was enough to bother me so I looked up some pain relief methods online. Some websites suggested that it could be because of an earwax buildup, and that maybe I should consider getting an earwax removal treatment. That was definitely an option and of course I wanted clearer, pain-free ears. That was only one of the possible causes, though. I wasn’t sure that was it because I generally keep my ears clean. Also, I wasn’t about to spend $100 to visit the doctor and another arm and leg for some sort of antibiotics when I could fix it myself.

This may not be news to most of you, but I hadn’t thought of it. What helped me a little bit was lying down with a warm washcloth on my ear. I did that, I think, for no more than a half hour at a time. Both ears hurt, so I did one ear for half an hour, wet the cloth, and then did the other ear for half an hour. In addition to some acetaminophen, it fixed me up well enough to go to sleep okay.

I have also cut up some garlic and mixed it with honey for some minor ear issues with Rapunzel before, though that wasn’t an issue that was easily provided measurable results. Of course, when it comes to children under three, I would probably consult a doctor before using anything other than the damp washcloth method.

What are some remedies you have used in the past that work?