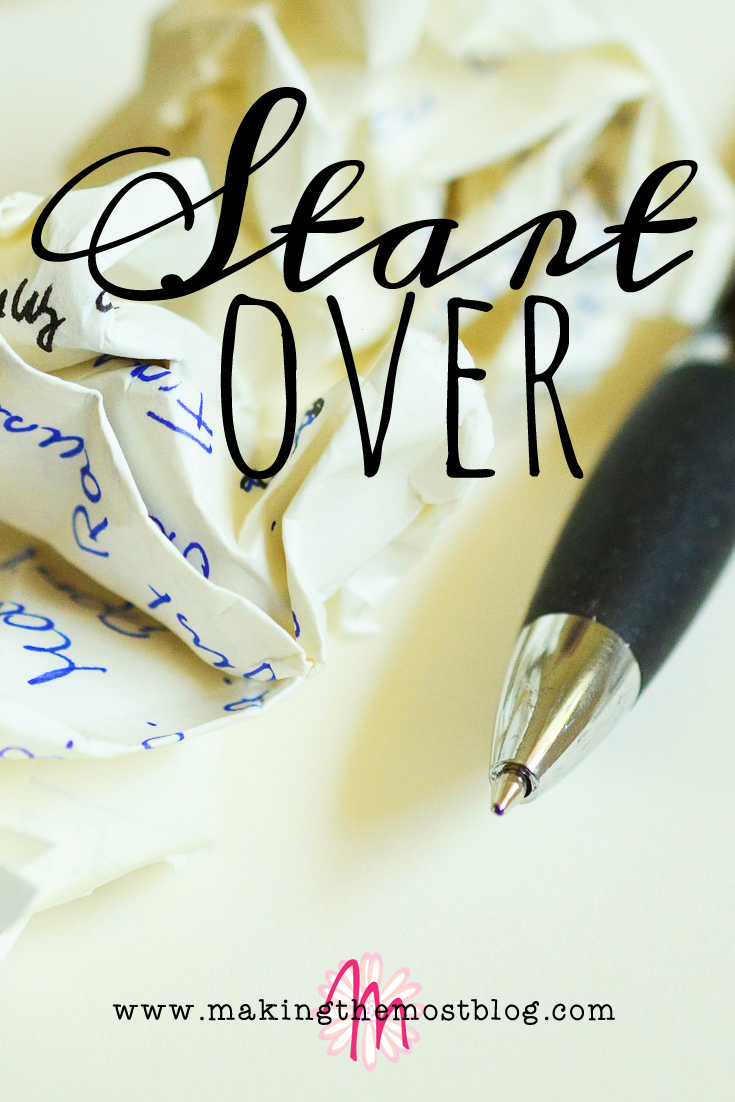 Man, I messed up yesterday.

I started out by trying to get these kids out the door to church.  One did what I told her to, and the other–well, the other one just did whatever the heck she wanted, wandering around the house with a chain necklace dragging on the floor (to entice the cat) under the pretense that she was “looking for her coat.”

And then I just lost it.

Yes, over a lost coat and a chain necklace.  For goodness’ sake.

You’d think I would have waited for something a bit more important to freak out over, but this was the last straw over a few months of not listening and sassiness and other 3rd-grade girl who-knows-what.  And it’s not like I was just a little mad.  Oh no.  I was so mad that I was literally seeing stars.  Oh my goodness it was awful.

Not only did I scream at my daughter but I also said some very not-nice things.

And I hope that in this vulnerable moment of mine that you can say you’ve done the same thing.  Someone please tell me I’m not the only one who has done this.

Yet there I sat in the car on the way to church, thinking about how if my kids would just do what they’re told, if I could just get a little bit of help around the house, if everyone would just do what they were supposed to maybe I wouldn’t freak out.  And as I went on my little tirade at the kids about attitude and listening and how to get people to actually like you (don’t even ask how I got on that topic; I probably couldn’t give you an answer), I realized that I wasn’t being very likable in that moment.

Man I hate having to say I’m sorry to my kids.  It’s admitting humanity to your kids when you’re supposed to be the hero.

Though I have to say I’d rather be humbled than a hypocrite.  It was in that moment that I wished I could have a “redo.”  You know those moments in childhood games where you get to “redo” the last swing or the last kick or the last play, because you totally messed it up the first time.  Yeah, one of those would be nice.

Or I could just quit.

Like sometimes I want to quit the blog, because it doesn’t do what I want it to or because I have to fix some things.

Like sometimes I want to quit the book, because it doesn’t sound as pretty as I think it should.

Like sometimes I want to quit doing the right thing.

Quit trying to lose weight, because it is so.  hard.

Quit parenting.  Because that would be the easy way out.

But I’m not a quitter.  Instead I’ve settled for a “start over.”  Go back to the beginning and start fresh.

I’ve been thinking about starting over in a lot of ways lately.

Starting over with a healthier diet.

Starting over in the sense that we have left one chapter in our lives and are moving on to another.

Starting over by reaching out to friends I haven’t heard from in a long time.

Starting over with my relationship with God.

And starting over again with my kids.  How about an “I’m sorry,” and “sometimes Mommy doesn’t feel loved, but that doesn’t mean I’m allowed to be mean.”

The good news is that even when we have to start over from the beginning, we can still learn from our mistakes and so can our kids.  Last night we ended up reading a devotional that talked about being gentle with our words.  Talk about the right words at the right time.  I got a second opportunity.  A chance to do things right this time–to teach my kids without yelling and tears but instead with gentle words and prayers and hugs and kisses.

It may be Monday, but it’s a new day which means another chance to start over.

What do you want to start over?  How can you start that thing over today?

This week was really trying on the goal keeping end of things.  My back has…

I Am a Work-in-Progress

Sometimes when I write my Wednesday Work-in-Progress posts, I'm afraid I'm boring all of you… 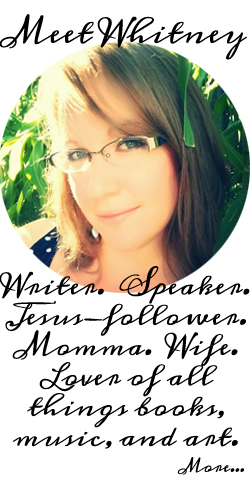