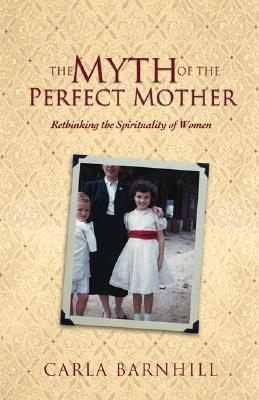 So, about 3 1/2 years or so ago…I started reading this book called The Myth of the Perfect Mother: Rethinking the Spirituality of Women by Carla Barnhill.  I finished it today, and I had such an opinion about it that I just had to share.  And maybe I’ll continue to share other opinions in the future.

So this book.  I got a few chapters into it and decided I hated it.  Actually, I read the first couple of pages and disagreed with her opinions but figured it might get better later.  And then a few chapters later…decided it wouldn’t rectify itself.  But I’m a reader.  And I’m not a quitter.  If I start a book, I have to finish it.  Prince Charming said I should just not finish it.  But I had to.

Okay, so first of all, as I stated before we believe in corporal punishment.  Disagreement #1: Barnhill does not.  No big deal, right?

Disagreement #2: Within the first couple of chapters, Barnhill implies that being a stay-at-home mom will never be a truly fulfilling job and that we can not truly devote ourselves to God’s work by fully devoting ourselves to our children.  When I started reading this book, I worked full time.  And I wanted so badly to be a stay-at-home mother.  That’s all I’ve ever felt that I was made to do.  I was made–I was built to be a stay-at-home mom.  I have no doubt in my mind that God’s purpose for me was to raise my children to be wonderful Christian adults.  Isn’t raising a child in the way (s)he should go doing God’s work?  Don’t tell me that my staying home is not fulfilling.  It is.

Barnhill goes on to imply that churches should not have “mom’s” groups–that they should have all-encompassing groups.  Yes, this is fine.  This is wonderful.  We had a women’s group at our church at one time–for single women, old women, young women, married women, mothers, etc.  But moms need that connection with other moms sometimes.  Mentorship.  A place to vent.  It’s not just a playdate.  Not just a gripe session.  I long for a mom’s group.

She continues by complaining that churches don’t involve women who are single or women who do not have children.  Or even women in general.  I don’t know what church she went to, but they weren’t truly doing God’s work.  At least three of our most dedicated members are widows.  Two of our regular members/volunteers are single–neither of them have children.  And we all are friends.  There are more active women in our church than men.

She also states that parents discipline their child only to gain control over them and not for the benefit of the child.

She says, “While much of what is written about Christian parenting is gilded in a coating of ‘this is what’s best for your children,’ it still seems clear to me that the emphasis on obedience (teach your children to obey so they will know how to obey God), authoritarian discipline (children need to behave in order to learn respect for God’s rules), and parental control (you are the parent, so what you say goes) is not really about children at all.”

It is this kind of viewpoint that has led the children of today to be obnoxious, disrespectful, and rude.  Children should be taught to obey.  How on earth will they survive the real world not knowing how to obey the rules?  Sometimes rules are made to protect the child.  Should the child not be made to obey them?

Rapunzel once told me she wanted to move out so that she could have her own rules.  I responded, “What about crossing the street?  Shouldn’t we have rules about crossing the street so you don’t get hurt?  What about washing your hands?  We have rules about washing your hands so you won’t get sick.”  She replied, “Yes, those rules are okay.”

In this case, even the child recognizes how rules protect her.  So how are other rules for safety and raising a polite, kind, and fine young adults unnecessary?  Yes, sometimes authoritarian discipline crosses the line.  I know a parent or two that smother their child’s growth with this parenting style.  But essentially, a relatively authoritarian parenting style is necessary.  I am the parent.  I have life experiences.  I have reasons why I want my child to obey. And my child should respect my decisions.  Can they disagree?  Sure.  But that won’t necessarily change my opinion.  Can they argue with me?  No.  I am the adult, and they need to respect my judgment.

And in some cases, compromise is okay.  For instance, today Tinkerbell didn’t want to wear shoes when we went out.  Well, it’s cold outside but we let her outside without her shoes.  Guess what?  Her poor little toes were cold.  I sure hope she learned some sort of lesson.  And if Rapunzel wants to wear some sort of strange and unmatching outfit to school, go for it (as long as it’s within school guidelines).  At least she can express herself.  The same goes for Cinderella’s hair.  If she wants to dye it blue, sure, go for it.  She’s expressing herself.  Now maybe she won’t do it again, because it kind of turned green and faded…but now she’s learned something new.

(As a side note, I wanted to come up with an example for Wendy, but couldn’t.  Cinderella commented: “Wendy’s the good one in the family.”)

So overall, I would definitely not recommend this book.  But at least I can say I finished it.  And now I can move on to the next one.